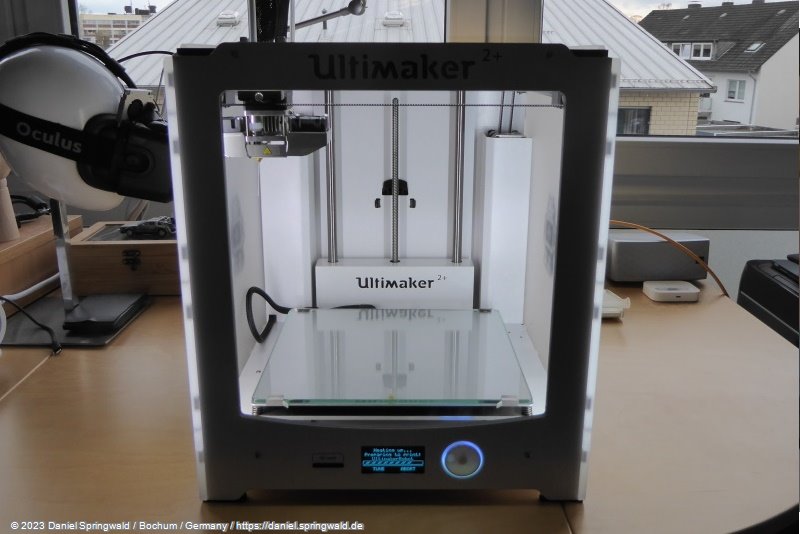 Seven years ago in 2009 I started my first experiences with 3d printing.

It took 2 weeks to assemble my first 3d printer – a rapman from UK. It had no heated built plate and the software needed lot of tuning and testing.

Then in 2011 I got the makerbot thing-o-matic). It had a heated, automated build platform and only took 2 days to assemble. The software still needed time to tune and to find out the best setting.

All this time I never managed to get PLA printing well – only ABS worked fine for me.

Yesterday – 5 years after the makerbot – my ultimaker 3d printer arrived. In my opinion there are worlds between these two last devices.
The ultimaker looks like from the future with its white led lighted housing, while the makerbot looks like from the past with his wooden case. The ultimaker prints a lot of finer and more silent than my old makerbot. No (or only a little bit) software tuning is needed– it is nearly plug and print. It is very impressive for me to see, how big the improvements of these 5 years are.

Here are some impressions: